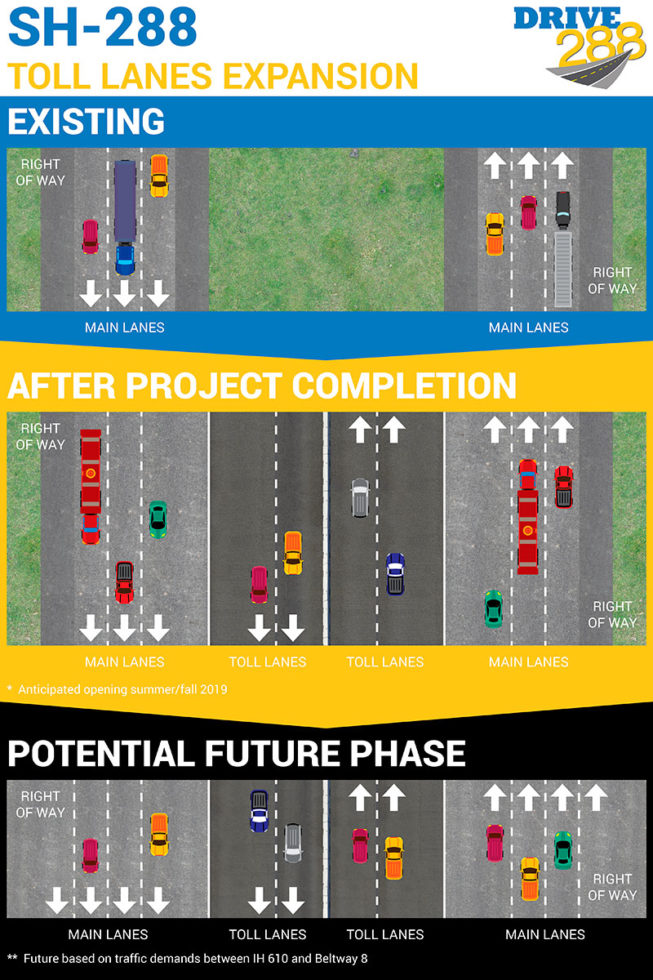 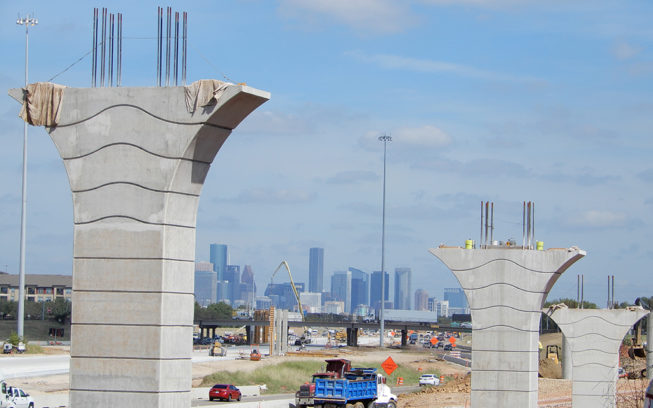 The how and why of the SH 288 expansion

Blueridge Transportation Group (BTG) has been commissioned with the design-build, financing, operating and maintenance of a portion of State Highway 288 (“SH 288”) located in Harris County, Texas, including:

These improvements encompass a 10.3-mile stretch from US 59 to the Harris County line at Clear Creek. Between the addition of toll lanes and the improved functionality of these interchanges, travelling on SH 288 will be more direct and easier than ever before.

Construction began October 2016, and is projected to end in early Q3, 2019. Drive288 is committed to working with the impacted community who lives, works and travels on SH 288 on a regular basis, so check back for construction updates, affected traffic areas and alternate routes.