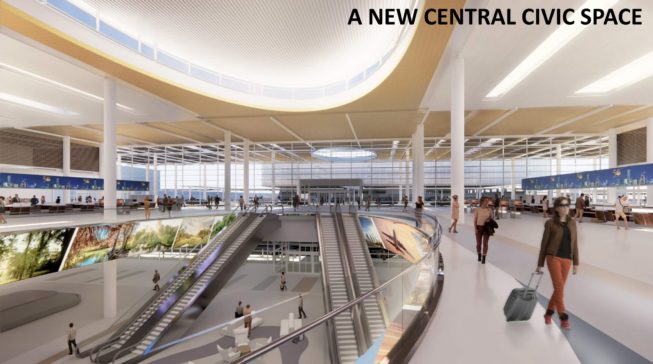 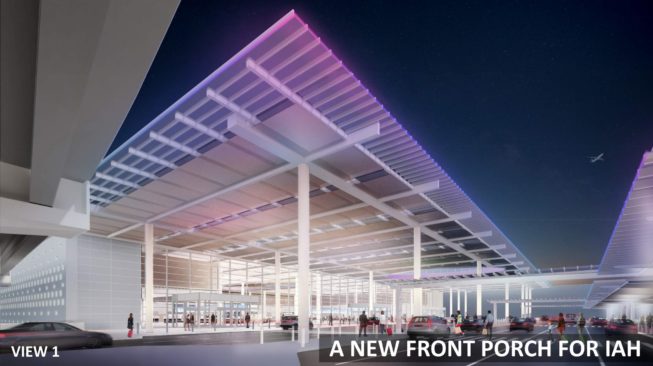 The Houston Airport System (HAS) has identified a significant need for the development of additional facilities at George Bush Intercontinental Airport (IAH) to handle aircraft, passengers, and cargo departing to and arriving from, domestic and international destinations on scheduled and chartered flights.

The project will modernize and expand the existing facility to allow for future international passenger growth. Total passenger for international markets have more than quadrupled since the FIS facility opened in 2005. George Bush International Airport (IAH) is the nation’s eighth busiest international gateway and the second fastest growing since the events of September 11, 2001; the FIS facility requires modernization to remain competitive. The FIS will replace all of the terminal processing functions of existing Terminal D, while expanding capacity and providing the desired passenger amenities and experience found in a world class international terminal.

To support the airlines’ growth plans in Houston, HAS and airlines will complete a major Capital Improvement Program (CIP), known as the IAH Terminal Redevelopment Program (ITRP) and hereinafter referred as the “Program”, that will include the renovation and expansion of existing Federal Inspection Services (FIS) building, known as the “Project” undertaken by HAS. This Scope of services is focused on the planning, programming, and design to modernize the existing facility to allow for future international passenger growth including coordination of roadway improvements and utilities to serve the Project boundary